The restaurant Lara Djonggrang is located strategically in the heart of Menteng area, Central Jakarta, housed in a formal Dutch mansion. The authentic Indonesian cuisine here has been inspired by the royal journeys through the regions during the times of the King Hayam Wuruk, who held the reign of the Kingdom of Majapahit at the beginning of the 14th century.

As the royal expeditions continued to explore the coasts, they were dazed by the exotic richness of the cuisine that had developed in the coastal port cities that made the archipelago’s Silk Route. Through hundreds of years, the harbor cities of the archipelago, such as Samudra Pasai, Pidie, Pantai Barat Sumatera, Palembang, Sunda Kelapa, Banten, Cirebon, Semarang, Demak, Tuban, Gresik, Sumbawa Besar, had been visited by the silk merchants who traveled back and forth between China and Europe. These cultural interactions had their significant influences on the indigenous, distinctive culinary resulted in these port cities. Come in and enjoy a journey back in time to the ancient kitchens of Indonesia. 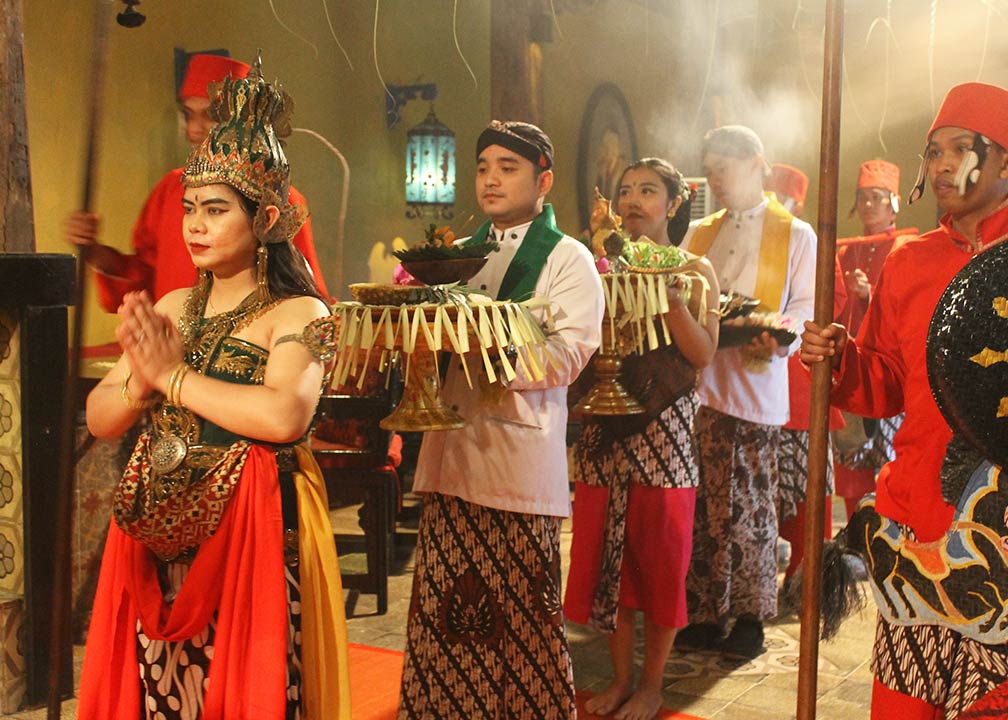 The cuisine of Lara Djonggrang is inspired by the royal expedition of King Hayam Wuruk from the Majapahit Kingdom at the beginning of the 14th century. Each of these dramatic royal expeditions, derived from the Negarakertagama chronicle, took up to ten months at a time and was composed by hundreds of troops and palace maids following the king and the queen on horses, elephants and horse carriages. 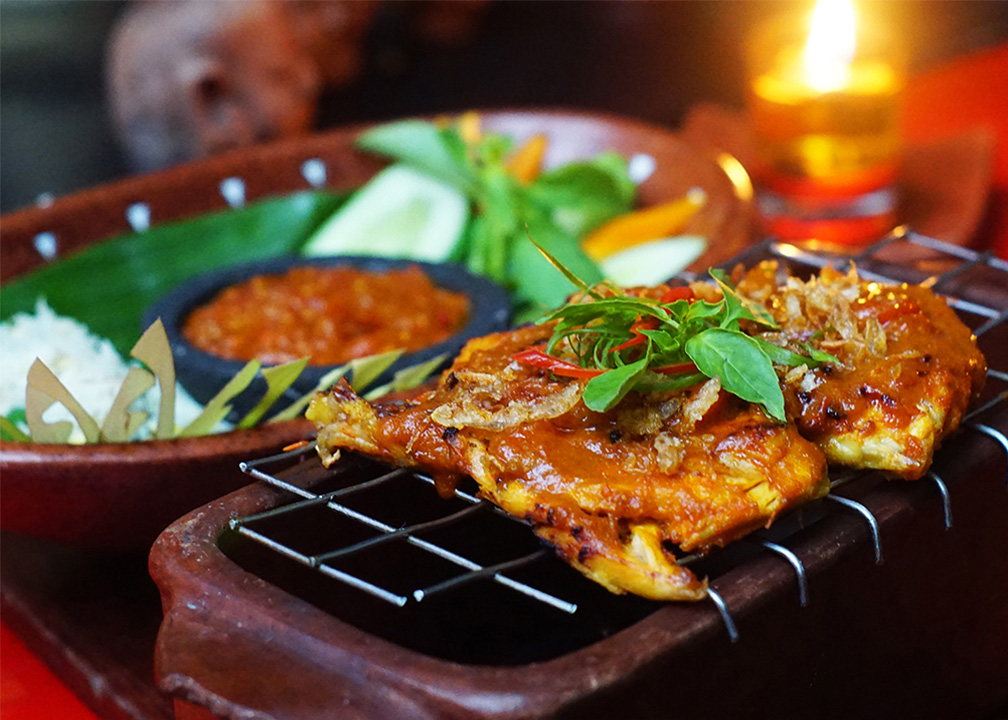 Lara Djonggrang’s menu, blended with the mystical, romantic atmosphere, we humbly present to remind the nowadays world, to bring back to life, and to pride ourselves with the unparalleled beauty of ancient Indonesia’s history. Come in and enjoy a journey back in time to the ancient kitchens of Indonesia. We are honored to be of service for your most memorable dining experience. 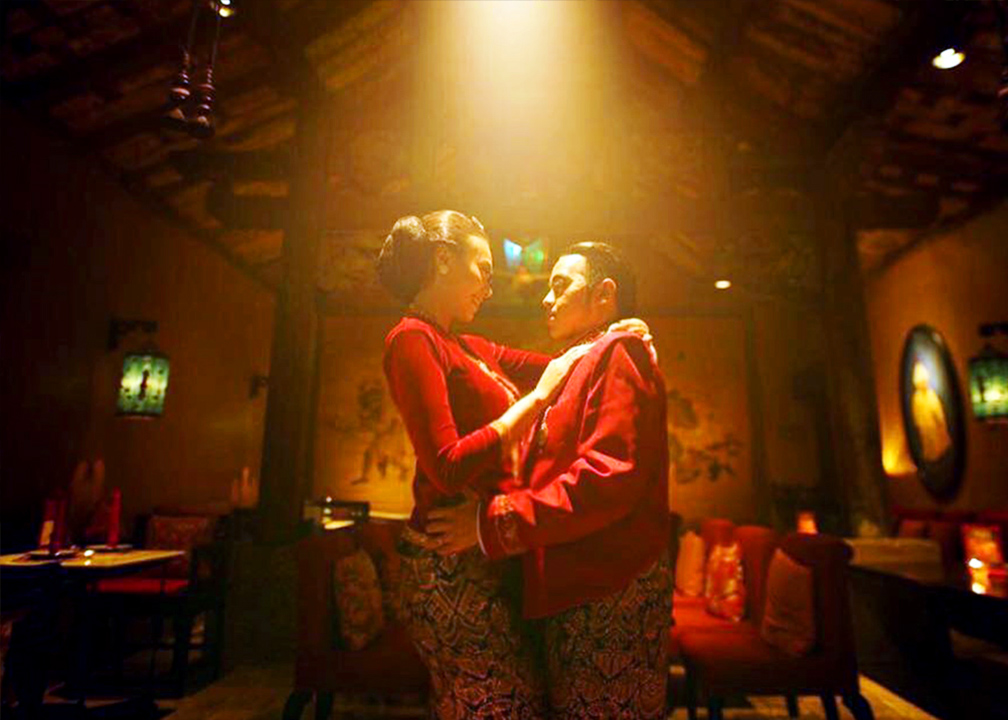 All of our flexible venues and dining rooms can be transformed into event spaces that can be set up for business conferences, small board meetings, glamorous social gatherings, or intimate family affairs. Our teams of professional event planners ensures a smooth arrangement, whatever your occasions might be.

Savory shrimp adds flavor to every bite. As they s

Lara Djonggrang was dedicated, and who wanted to s

The Minang people, particularly those from Nagari

Romance in Lara Djonggrang is hidden away in a myt 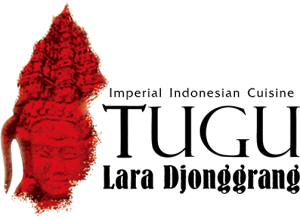 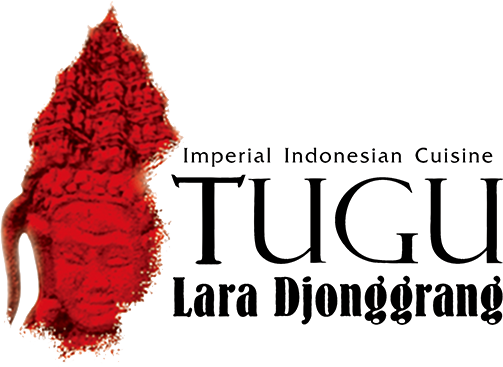